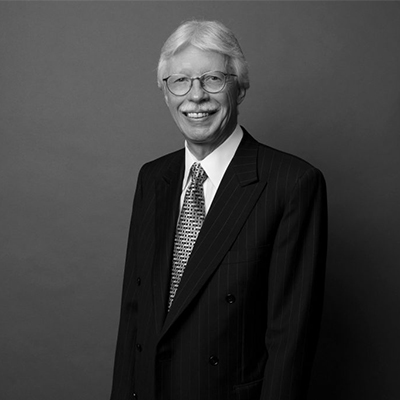 Richard Lundquist was born in Southern California and has lived there his entire life.  Upon graduating from the University of Southern California (USC) with a Bachelor of Science Degree, he and a college friend in 1971 commenced a 25-year-long business developing speculative custom homes in the South Bay area of Los Angeles County.

In 1972, while continuing to build and market custom homes, Richard joined Continental Development Corporation (founded in 1969).  During the early years he worked in many capacities for the company and 30 years ago advanced to the position of President/CEO.  Between 1980 and the mid-1990s, Richard purchased 100 percent ownership of the company.

Continental Development Corporation has developed buildings totaling well over 5,000,000 square feet and currently owns approximately 4,000,000 square feet of commercial space in California.  The company also owns several land parcels that are in various stages of development.  The company’s primary asset is Continental Park which is located along the Rosecrans Corridor in El Segundo and Manhattan Beach.  Continental Park is thought to be the largest mixed-use office park in Los Angeles County.  The mixed-use development, which has continually reinvented itself over the years as the market and area has matured, currently includes several hundred office tenants, seven quality sit-down restaurants, several retail stores, the South Bay’s largest and finest fitness facility, and the South Bay’s premier movie theatre complex.

Continental Development acquired Skypark, a ten-building, 400,000 square foot office park in South Torrance in 2003.  Since the acquisition, the company has upgraded the Skypark development, transforming an outdated, vacancy-challenged office park into a vibrant medical office complex.  More recently, the company acquired three additional medical buildings adjacent to Skypark.  Withholdings of over 500,000 square feet, the company now maintains the dominant position in the medical office market in the South Bay, which is served by two outstanding community hospitals.

From late 2007 through 2008, the company, in the joint venture, opened the 400,000 square foot Plaza El Segundo regional shopping center.  At the time of opening, the Whole Foods Market included in the project was the largest (65,000 square feet) on the west coast.

In 2016, Richard founded the not-for-profit South Bay Sports, Health and Recreation (SBSHR) for the purpose of raising funds to support the development of worthwhile sports and recreational venues primarily for the youth of the South Bay area of Los Angeles County.  The initial fundraising endeavor of SBSHR is the $13.8 million El Segundo Aquatics Center which will receive $6 million in funding from SBSHR.

As a 29-year Board member and former decade-long Chairman of the El Segundo Education Foundation, Richard recognizes the value and importance of a well-educated populace.  He believes that California’s future as a leading center of creativity and innovation is dependent upon a quality education of its youth, and he is committed to fostering a better-educated and informed generation of leaders.

Richard and Melanie are also personally involved in, and financially support, several other diverse educational and health causes including the California Science Center, Torrance Memorial Medical Center, the Pancreatic Cancer Action Network, the Los Angeles Biomedical Research Institute (LA BioMed), Inner-City Arts, the Dugoni School of Dentistry at the University of the Pacific, and The Marine Mammal Center.  They have appeared three times on The Philanthropy 50, the annual list of America’s fifty most generous philanthropists, published by the Chronicle of Philanthropy.